For Elizabeth Voorhees and Craig Darling, Family Law Attorneys at Seabrook Law Offices in San Jose, California, Domestic Violence Awareness Month holds special meaning. It is an issue near and dear to their hearts, as evidenced by their tireless work on behalf of domestic violence victims. 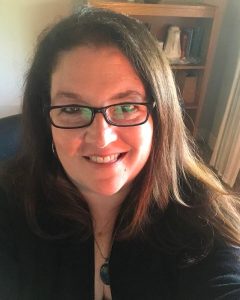 During Voorhees’ time at Santa Clara University School of Law, the County of Santa Clara honored her four years in a row for her outstanding community service and work in the field of domestic violence advocacy. Prior to becoming an attorney, Voorhes completed the training to become a State Certified Domestic Violence advocate and worked in that capacity in Santa Cruz County for several years. Voorhes was recognized by the Women In Law Group at Santa Clara University School of Law in 2001 for outstanding achievement for her DV advocacy and was awarded a scholarship by the group. Voorhes has also volunteered as a court appointed special advocate for foster children since 1995. Voorhees brings 17 years of experience as an attorney and over 22 years in the field of Domestic Violence in 11 counties in Northern California to Seabrook Law Offices.

Family Law Trial Attorney Craig Darling, a graduate of Chapman University’s Dale E. Fowler School of Law with 15 years of litigation experience, has handled dozens of Domestic Violence Restraining Order (DVRO) cases, including filing and opposing Ex Parte Applications for DVRO, negotiating the Dismissal of DVRO for both the protected party and restrained party, and litigating dozens of DVRO cases which could not be informally resolved. He has also litigated closely related child custody, child visitation, attorney fees and costs, and other ancillary issues associated with filing a request for a DVRO. 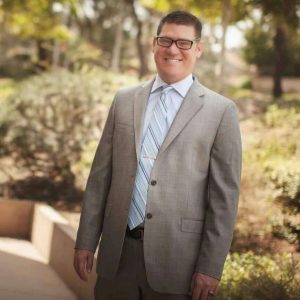 In 2018, Darling was interviewed for a Domestic Violence Restraining Order Documentary, spoke at a fundraiser for Wings for Justice, a non-profit assisting women who are victims of domestic violence, and was closely associated with this program for purposes of representing underprivileged women in need of a DVRO.

Voorhees and Darling often meet with clients dealing with domestic violence, an issue on many people’s minds, especially during October, Domestic Violence Awareness Month. According to the Santa Clara District Attorney, domestic violence is one of the most under-reported crimes in the country, with the actual incidences thought to be five times higher than is reported.

“Although we recognize domestic violence in October, it is an unfortunate reality every day for many women, children, and even men,” Voorhees explains. “In my role as a Family Law Attorney at Seabrook Law Offices, I’m grateful for the opportunity to serve clients who are victims of domestic violence, including helping them find safety and speak with qualified counselors. My goal is to help them not just navigate through the divorce process, but to make a fresh and safe start in life.”

“During Domestic Violence Awareness Month, I hope that more people understand the prevalence of domestic violence and that more victims, especially those who are underprivileged, find the resources they need to secure safety for themselves and their children,” says Darling. “Through my work with Wings for Justice, I have represented underprivileged women and mothers victimized by domestic violence. At Seabrook Law, I will continue to serve victims of domestic violence and guide them on a path of safety, well-being, and a brighter future.”